The Grand Trunk’s Engine No.713

The area straddling the Lachine Canal in Montreal was the heart of Canada’s first industrial revolution, and by the end of the 19th century, its most spectacular industry was the railway. 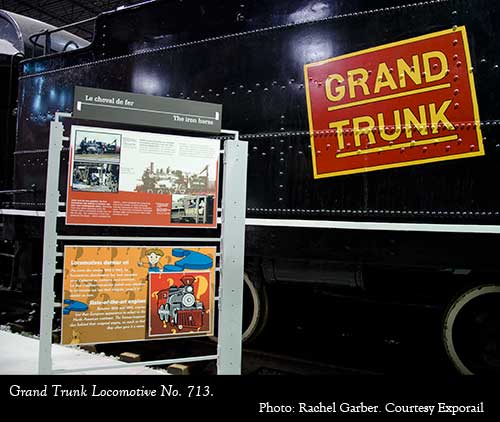 Point St. Charles emerged as the home of both the train-building business and the industrial working class that provided the manufacturing muscle. It was the domain of the Grand Trunk, Canada’s original railway company with transcontinental ambitions and the precursor to the Canadian National Railway. Though perhaps less famous than its rival, the Canadian Pacific, the Grand Trunk had tracks and trains across Quebec, and provided employment for generations of workers in The Point.

Canada’s involvement in railways began in 1831 when a group of Montreal merchants and manufacturers were incorporated as the Champlain and St. Lawrence Railroad. This group, led by brewer and steamboat owner John Molson, built the colony’s first tracks, which ran from Laprairie on Montreal’s south shore to the town of St-Jean-sur-Richelieu (aka Dorchester). Passengers and cargo on the first train, the “Dorchester,” could now connect with a steamboat on the Richelieu River in a matter of hours, rather than what would have been a two-day trip from Montreal by boat via Sorel. Expansion of this line would have to await the post-rebellion stability of the 1840s, when a southern spur was laid towards the New York border.

Work also began on a line connecting Montreal’s south shore with Portland, Maine, the Quebec portion managed by another consortium, called the St. Lawrence and Atlantic Railroad. Yet another consortium, the Montreal and Lachine Railroad, formed to link the village of Lachine with the city’s first rail terminus, called Bonaventure Station, opened in 1847. 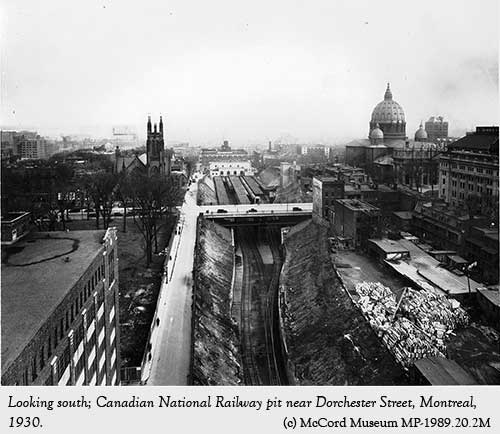 As the economy expanded in the 1850s, the Grand Trunk Railway Company of Canada (GTR) was incorporated (November 1852) with a mandate to extend the rail network out of Montreal as far as Toronto and eventually Sarnia. The GTR also leased the tracks between Montreal and Portland, and built a spur from Richmond to Lévis across from Quebec City, later connected with the rail network in the Maritimes. GTR traffic from the east and the south converged on the village of St. Lambert, just downriver from Laprairie and a closer crossing spot to Montreal. The completion of the Victoria Bridge (“the eighth wonder of the world”) in 1859 would connect this traffic with GTR freight yards in Point St. Charles and eventually with Bonaventure Station, which the company purchased for its Montreal terminus.

The creation of freight yards was part of the GTR’s plan from the beginning. Engineer Thomas Keefer, who had already written extensively on the philosophy of railways and its importance to economic development, prepared a report in 1852 that recommended the area south of the Lachine Canal as the location for the GTR shops. The area was still largely farmland, extending from the canal to the river where it bent at a point of land that would give its name to the entire neighbourhood; it was here that the sheds for the flood of Irish immigrants in the late 1840s had been built. Within a year of its incorporation, the GTR had acquired over 40 hectares of land from the Sulpician order and other religious bodies.

Over the following decades, the GTR shops in Point St. Charles became the area’s biggest industrial producer, and would give employment to a wide range of workers: smiths, founders, carpenters, painters, rope makers, and an array of labourers connected with the manufacture of engines, tracks, and countless related products. The majority of these workers were Anglophones: 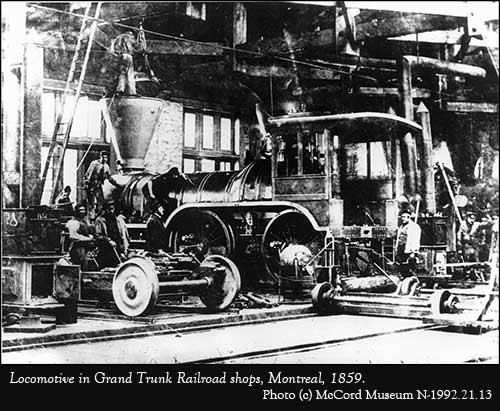 trained specialists from England and Scotland as well as less skilled labourers from Ireland. They and their families rented homes in the streets near the freight yards, and formed a community often known as The Point. The trains these workers built served the fledgling Dominion of Canada.

By the late nineteenth century, however, the drive to connect the original Canadian provinces to the west coast had deflected much of the Montreal business interest into the rival Canadian Pacific Railway. The CPR’s link to Vancouver goaded the GTR into extending its own network west of Winnipeg. To this end, the directors hired Charles Melville Hays as the railway’s general manager. It was expected that Hays, an American, would apply the same ruthless efficiency to the GTR that his compatriot William Van Horne had brought to the CPR. In 1903, Hays formed a subsidiary company, the Grand Trunk Pacific Railway, whose mandate was to extend the GTR to Prince Rupert, a point on the west coast far to the north of Vancouver and seemingly far removed from the centre of British Columbia’s population. Hays argued that Prince Rupert was actually significantly closer to Japan and China than Vancouver, and would give the GTR a competitive edge on Asian markets. Work proceeded on this massive project and on Hays’ scheme to rival the CPR’s chain of hotels with his own network of luxury accommodation. A new line of locomotives began to emerge from the Point St. Charles shops, notably the mighty no.713, whose unprecedented power permitted it to pull more cars, more people, and more goods. 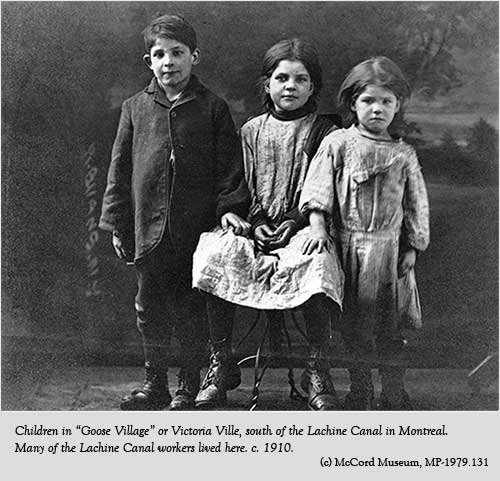 In the spring of 1912, Hays travelled to the GTR’s head office in England to obtain additional funding, hoping to return to Canada in time to attend the opening of the Chateau Laurier in Ottawa, the first of the company’s luxury hotels. Bruce Ismay, president of the White Star Line, convinced him to return on its own new wonder of the age, the Titanic. On April 14, Hays went down with the ship, although his body was later recovered and buried in Montreal. The GTR, already strained financially, did not recover, however, although the route to Prince Rupert was completed.

After the First World War, the federal government created the Canadian National Railway, which absorbed the tracks, rolling stock and other infrastructure belonging to the Grand Trunk.

The Grand Trunk Locomotive No.713

I am Locomotive No.713, one of only a few surviving examples of the massive engines built by the Grand Trunk Railway at the dawn of the twentieth century to serve Canada from coast to coast. Designed for power and velocity, I was ideally suited for the Canadian landscape, where distances are great and it is possible to reach high speeds between stations. My little front wheels helped me go around corners without losing speed, and my cow-catcher in front meant I was rarely bothered by stray animals on the tracks! I was in service for 58 years, at which point I am sorry to say many of my fellow engines were sold for scrap. I enjoy a comfortable retirement at Canada’s National Railway Museum (Exporail) at St-Constant, Quebec.

The Grand Trunk Railways yard in Point St. Charles was the nucleus of a rail network that extended across Quebec and Ontario, into the Maritimes and eventually to British Columbia. It was Montreal’s principal locomotive manufacturing site half a century before the Angus shops opened in the east end. This was arguably the nation’s largest industry, giving work to generations of English-speaking families involved in a wide variety of occupations on several skill levels.